Images taken in the Loud and Flashy photographic studio in Ashington, near Newcastle upon Tyne.

Having previously created award winning photos for the Eliot Smith Company, they came back today for some more!

Their new work currently in rehearsals is called PITMAN and is inspired by the world famous Pitmen Painters who just so happen to come from a mining town in Northumberland called Ashington, also home to Loud and Flashy!

The following information is from Wikipedia:


The Ashington Group was a small society of artists from Ashington, Northumberland, which met regularly between 1934 and 1984. Despite being composed largely of miners with no formal artistic training, the Group and its work became celebrated in the British art world of the 1930s and 1940s.

The Group began as the Ashington branch of the Workers' Educational Association (WEA), which first advertised a class on 'Evolution' in 1927; after a further seven years of evening classes in various subjects they turned their attention to art appreciation. The WEA and Durham University organised for a tutor, the painter and teacher Robert Lyon (1894-1978) to come and instruct the group, but its members, mainly miners from the Woodhorn and Ellington Collieries, quickly grew dissatisfied with the course. Lyon suggested that the group members instead try creating their own paintings as a means to develop an understanding and appreciation of art.

By 1936 the group - many of whose members were committed to the principles of the Independent Labour Party - had drawn up an extensive list of regulations, by which all members had to abide, and named itself the Ashington Group; it also held its first exhibition at Armstrong College, Newcastle-upon-Tyne. A further exhibition was held in 1938 as an extension of the Mass Observation project.

By the early 1940s the Group had exhibited in London, and continued to thrive after Lyon left to teach in Edinburgh, though he remained in contact with the Group's members. Over the next few years the work of the Group was noticed and praised by a number of prominent British artists and critics, such as Julian Trevelyan and Henry Moore.

After World War II, critical interest in the Group waned, but they continued to meet weekly, producing new art and taking on new members. The critic William Feaver met one of the Group's central members, Oliver Kilbourn, in the early 1970s, and began a renewal of interest in their work, which was restored and featured in several touring exhibitions. In the 1980s, the Group's "Permanent Collection" became the first western exhibition in China after the Cultural Revolution!

The Group's meeting hut was finally demolished in 1983; Kilbourn, the last of the Group's founder members, arranged for the paintings to be put in trust prior to his death in 1993, and they are now kept in Woodhorn Colliery Museum. Feaver's book about the Group, Pitmen Painters: The Ashington Group 1934-1984, has been adapted  into a successful play by Lee Hall.

The paintings are viewable free at Woodhorn Museum near Ashington, Northumberland.

'The Bowler' by Len Robinson was chosen by Eliot Smith Company to be the inspiration for their promotional artwork after Eliot visited the collection at Woodhorn.  Yamit Salazar tried his best to look like the character in the painting! Arriving with a child's soft rubgy ball for a prop that needed to look like an antique bowling ball certainly gave me a challenge in Photoshop!

Below is the original painting by Len Robinson along with the image created in the studio, both before and after photoshop!

The full set of images will be shown as soon as they've been edited. 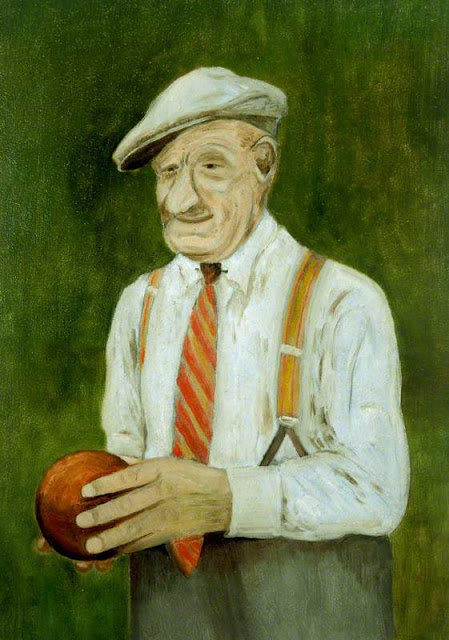 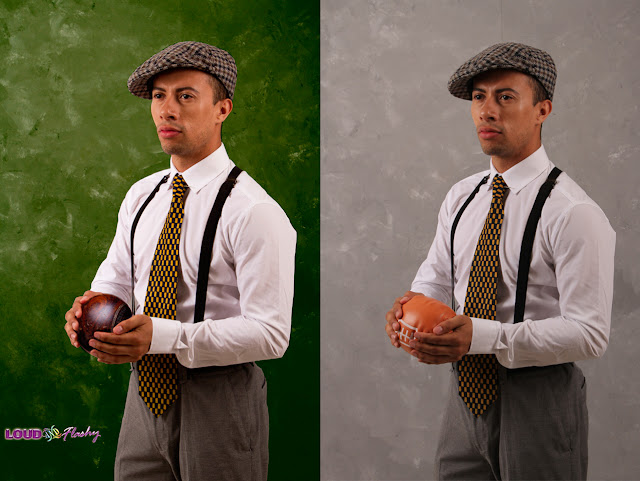 If you'd like some commercial or personal photography, get in touch, but go and see some amazing art and social history at the Woodhorn Museum first!

Posted by Loud AND Flashy at 17:13 No comments:

Today I received an email from Lencarta Lighting informing me I'd won their monthly photography competition for June!  Obviously I was rather pleased considering the standard of images that get entered from all over the country. However, when I looked on their site I was even more pleased. Not only had I won the June competition, but I'd also won the May competition as well and hadn't realised!

The two images are below, but do check out the other great winners form this year on the Lencarta Web Site 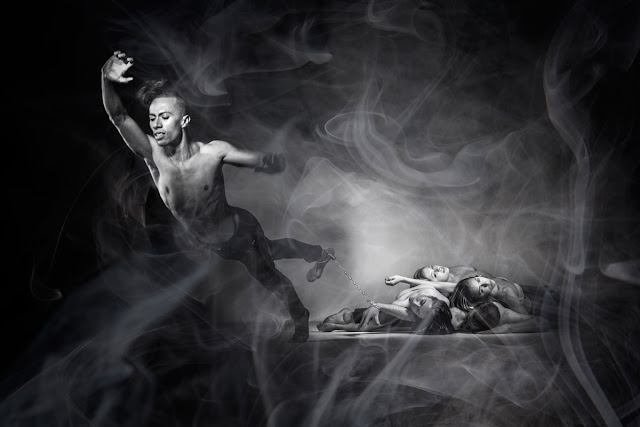 Bobbi (May Winner) - from a shoot for a model's portfolio. 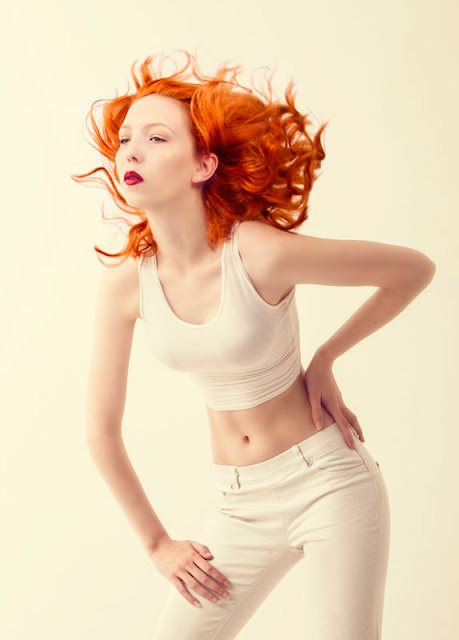 If you'd like some award winning images for your business, get in touch! ;)

We're a lot cheaper than you probably think!

Posted by Loud AND Flashy at 23:27 No comments:

Enter you email for EXCLUSIVE DEALS!

Visit our other pages

Other places of intertest